GREENOMED AT THE 6th Annual conference for agro-technology IN GREECE 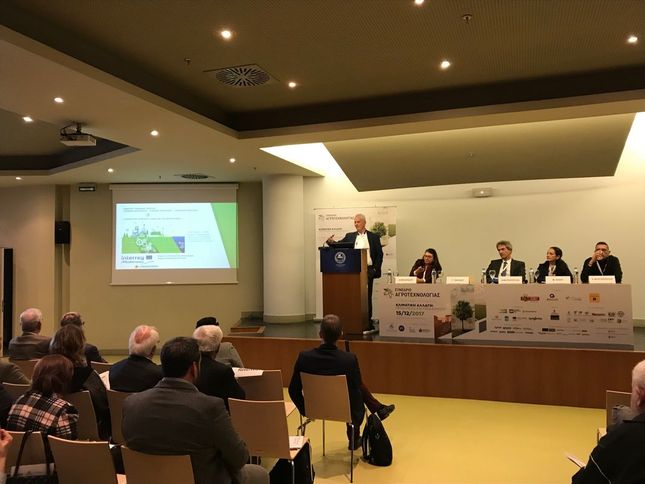 The Hellenic-American Chamber of Commerce and its Committee on Agro-Technology organized the 6th Agro-Technology Conference on "Climate Change: Challenges and Adaptation". Greenomed was presented in the first section of the conference by Professor Zalidis from i-BEC.

The Conference was organized in collaboration with the American Farm School and took place on Friday 15 December 2017 at Perrotis College in Thessaloniki.

During the conference, distinguished businessmen, scientists and researchers analysed the phenomenon of climate change, developed its multifaceted impact on the agri-food industry. At the same time, practices aimed at limiting the causes of the phenomenon were reported, and case studies of specific crops were extensively presented. GREENOMED was presented emphasising on the role of manufacturing on sustainability and how a network of trans-regional pilot plants in MED region can facilitate and support green manufacturing innovation.

The conference was attended by a large number of entrepreneurs, high-level executives, representatives of the primary sector, the distribution network industry, rural cooperatives and local actors, scientists, students and executives of the country's relevant political and administrative leadership.

All news
Back to top